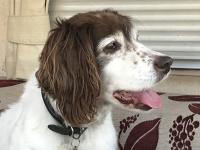 An article in yesterday’s DT suggests plans are afoot to scrap the B + E test in order to free up examiners for HGV driving tests.

Another lunatic suggestion. Its not the tests causing the issue, its the fact that not as many people want to do the job. People lost interest in the haulage industry when our jobs were being given to European drivers who worked for a pittance of our pay, we all had our contracts cancelled and were asked to sign new ones or leave. At one point agency drivers, many new and inexperienced were earning the same pay as the company drivers who knew the job inside out. Add to that more draconian regulations and the fact that our roads are almost gridlocked. I wouldnt do the job again for three times the pay.

Think also of the heat this week, and there are so few places in the UK that drivers can get a decent meal at night, and especially get a shower. No toilets in pull ins unlike the French Aires, its massively different overseas.

I would rather be back in an Armagh ditch than driving again.
Reactions: Jcloughie, Dustydog and Parksy

Two of my ex SILs were HGV drivers, one mainly in U.K. trips the other international ones. Both have now given it up. One now has his own window cleaning business with teams working for him on domestic and commercial jobs. The other has retrained in the installation of communications infrastructure and has a small business and until Brexit was working principally in Europe. But now is all over UK.

The HGV work was arduous and when they returned for some time back home they were bombed out.

Totally agree with you Thingy.
I certainly wouldn't go back to it now.

The shortage is simply caused by many European drivers not returning after lockdown and there were no tests taken in that period. The second point meant that while many drivers retired no new ones could take their place. If both things had not happened there would be little if any shortage although the act they have to take a course as well on a regular basis to keep the licence does not help recruit new ones.
Personally I doubt the value of the test, which seems to be just low speed manouvres and hooking up rather than real world driving. I am all for making the roads safer but suspect this one was dreamt up by Eurocrats to fill in time between tea breaks.

I have to agree with the previous comments.
Lorry driving these days isn't a job I'd ever want to do.
Timed deliveries, GPS tracking, congested roads and motorways and relatively low pay.
No thanks, I had some of the best years of lorry driving but anything that was good about the job has been ripped out by cab-happy Eastern European drivers and agencies.
Reactions: Thingy

Is tramping a thing of the past? I knew a chap in my local who was away all week, slept in a proper cab bunk, had a cooker and small fridge . Not my scene .

Dustydog said:
Is tramping a thing of the past? I knew a chap in my local who was away all week, slept in a proper cab bunk, had a cooker and small fridge . Not my scene .
Click to expand...

My SILs had amazing Scania trucks with good facilities in the cabs. Pretty much self contained when out on travels. One was quite put out when after a week on holiday he got in to find it had been used by someone else but they hadn’t kept it clean to his exacting standards. Mind you those standards didn’t transfer to the home role. ☹
Reactions: Jcloughie

Is tramping a thing of the past? I knew a chap in my local who was away all week, slept in a proper cab bunk, had a cooker and small fridge . Not my scene .
Click to expand...

We could be away from the UK for anything up to three months, but we were on a cabotage licence for that to happen. 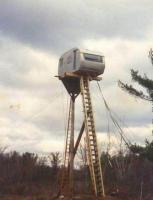 A friend of mine, turned up at our local pub with his Huge Scania Tractor unit, sorry all rooms taken, sleep in the cab, but landlord let him use his own shower, for three days. Lovely unit. And in my fav colour Candy Apple Red.

Scania LOL. The scooby doo of the trucking world. Surprised they dont put a whale tail on em.

One day I will go to the Tractor unit races at Silverstone , (nearest me) or somewhere.