SWMBO has decided we need to change to one of the above, i have read the posts from Raywood but would welcome input from anyone who has one of the above, I have read horror stories on the internet about, damp at first service, and 6 months to get parts from Lunar for warranty work,as the frame is still made from timber I am assuming that water ingress could cause more damage than a manufacturer that uses 'plastic type ' materials for the frame.We do like the inside furnishings and the lower microwave and cupboard space, but am looking for reassurance I suppose.As usual the cheapest prices seem to be from distant dealers, so will probably stick with local supplier, to try and be safe.

I afraid I can only offer cold comfort. The problem is consistency or more to the point lack of consistency on the part of the manufacturers to sequentially produce two identical in all respects caravans. :huh:

One caravan may be a nightmare for its owners, but the next one off the production line may be as good as gold. :woohoo: This shows the designs can work, its just they cant build them right first time every time every time.

Even the caravans with the newer wall construction that can't rot, have found problems with the floors which still use wood.

If you want to caravan, then your faced with the potential risk that your particular caravan may be good or bad. there is no hard and fast way of checking a caravan out for all those hidden issues that seem to dog caravans. ALL manufacturers seem to be affected, but its difficult to find supporting evidence of which may be best.

By all means look up the satisfaction surveys, and see if you can glean which make to go for. 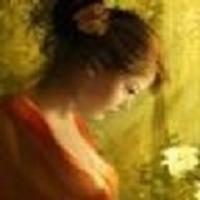 I would look at alternatives with a lesser 'iffy' reputation.

Unfortunately there are unwanted lemons pretty much everywhere, but I would buy from makers who have less lemons in their portfolio than others have.
N

Sadly it’s a bit of a hit and miss affair when it comes to caravans. Every manufacturer (and I mean every manufacturer, including the Continentals) turn out lemons every so often. Many issues are niggles, but on occasions there are real problems.

From a personal point of view, we are on our third Lunar. Before that I had a succession of Abbeys (Cosalt and Swift). The first Lunar (2009) was a REAL lemon, and with our dealer’s support, we got rid after nine months. That was the worst caravan we’d ever had. But, we replaced it with a 2010 Lunar Clubman that was absolutely brilliant. Our current incarnation is a 2015 Clubman SE that has had the odd niggle (all very quickly sorted by our dealer) and has, this week, just had it’s third service. Absolutely nothing to report, despite it being used all year and in all weathers!

If YOU like it, go for it. Like any forum, if you look at any manufacturer, be it cars or caravans, you’ll see that most folk on there have issues, which may taint your view and almost make you paranoid. But, if they had nothing to say, then the forum wouldn’t be very interesting would it.

We buy caravans that we like and suit us. Next time it might not be a Lunar, but then again it might be. I have no particular brand loyalty, but thus far I’ve had no issues with Lunar’s back-up service. Having said that, neither did we with Cosalt or Swift. Much depends upon your dealer. 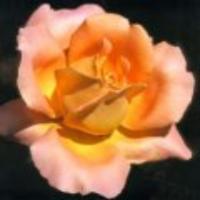 We are on our second Lunar having swopped from a Quasar 524 to a Clubman SB simple because we like the single bed layout. Both vans were brought secondhand and the only issue we have had, which I was aware of at purchase, was a small patch of spongy floor in the clubman which took me about 3 hours to fix. That apart we are very satisfied with the make.

If it helps the guy who serviced our caravan bought himself a Lunar Clubman. He services all makes and models and has the knowledge to avoid any make that is worse than the rest. Yes the parts supply is slow but that applies to the others as well. Given the results in the magazines surveys, I would avoid Eldiss, but as for the others, I am afraid it is just pot luck as none of them got a particularly high score and they all have well documented problems. Coachman came out best but not be a great margin.
W

Thank you Raywood
We currently have Coachman after Bailey, 3 Abbeys,and 2 Swifts,Coachman most trouble and worst for damp, Bailey was least trouble and Abbeys were all good,would have had another Bailey, but no front locker and EHU coming in to nearside through awning is a no no for us.
Currently leaning towards Lunar Clubman following response from Nigel Hudson.

woodsieboy said:
... EHU coming in to nearside through awning is a no no for us...
Click to expand...

I'm intrigued, What is the reason for your objection to a near side EHU connection?

woodsieboy said:
... EHU coming in to nearside through awning is a no no for us...
Click to expand...

I'm intrigued, What is the reason for your objection to a near side EHU connection?
Click to expand...

Me am also intrigued :huh:
W

My objection is based on the fact that we use an awning with an awning skirt, with the EHU cable on the nearside it has to come in through the awning and is a potential hazard,both trip and electrical,many caravan reviews comment that all the services are on the offside as a positive,I think Bailey are alone in providing hook up on the nearside

woodsieboy said:
My objection is based on the fact that we use an awning with an awning skirt, with the EHU cable on the nearside it has to come in through the awning and is a potential hazard,both trip and electrical,many caravan reviews comment that all the services are on the offside as a positive,I think Bailey are alone in providing hook up on the nearside
Click to expand...

I'm sure you would usually be able to bring the cable under the caravan and just have it showing as it rises to the power inlet, thus avoiding a trip hazard, and I'm definitely not convinced there is any greater electrical danger having it in the awning. In fact the additional protection from the weather theh awning will provide at the inlet socket is a reduction of hazard.

I'd suggest there is a greater risk from using a 230V extension cable from inside the caravan into the awning for a light or what ever, as these are not even IP rated. 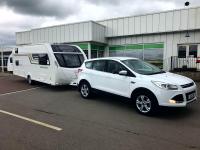 Our Bailey Orion was the same , just in front of the awning entrance but I would take it down and under the caravan and out the other side and up the offside to the point never had a problem with it going through the awning , another way is to running it out place behind your wheel and straight up the near side under the body and out the rear end.

Because Bailey have put the batery box in the middle of the floor in most(?) of their recent ranges, lots of them have a near side EHU. It is easy to get used to. We tuck our cable under the awning skirt and out from the back of the van. The thing with Baileys though is the cable just hooks in under a flap, and isn't locked into a battery box. Potentially more nickable. Don't know how it configures on a Lunar.

In terms of manufactures' reputation, all I can say is that we have had 2 Elddis vans. Elddis get worse press on here than anyone, but both our vans were great, never had any damp ( unlike our Swift ) or build issues.
Mel

Our old Eldiss had the electric hook up on the nearside and it was never a problem. You can run the cable down vertically from the plug and under the skirt and behind to the rear of it or just very close to the front of it. There are a lot of compromises with any caravan and this is not one that would bother me one way or the other. Whichever side it is on it should never be so far out as to be a trip hazard.
W

Thank you to everybody who has replied, I cannot agree with you Prof that the hook up, is any more protected in the awning,as Mel says the hook up is under a flap, whereas the battery box type is locked and by its design safe from the weather, it is personal of course and I think the Bailey system provides a risk that i am not willing to take, especially with grandchildren and dogs in the awning at times,add in the front locker issue and Bailey are off our list.
For what it is worth it looks like the Lunar Clubman has the most of what we are looking for, with the least compromise, it won't be perfect but we will hopefully adapt to it as we have with our previous vans.

woodsieboy said:
....I cannot agree with you Prof that the hook up, is any more protected in the awning,as Mel says the hook up is under a flap, whereas the battery box type is locked and by its design safe from the weather, it is personal of course and I think the Bailey system provides a risk that i am not willing to take, especially with grandchildren and dogs in the awning at times,....
Click to expand...